What is a compressor?

A compressor, as the name implies, is a machine that produces compressed air by compressing gas. Ordinarily, equipment capable of compressing gas to the pressure of 0.1 MPa (approx. 1.0 kgf/cm2) or greater are considered compressors (reference: Equipment with delivery pressure of under 10 kPa are referred to as fans and those that deliver 10 kPa or more but under 0.1 MPa are referred to as blowers ). In searching for a representative location where compressors are used, it would not be exaggerating to say that compressed air is used in practically all manufacturing plants. They are used for driving machine tools and presses, as well as power sources for various manufacturing processes.  Just take machine tools used for cutting metals as an example. Compressors are used in a variety of ways, such as removing and fitting, air blowing scraps, rotating for changing of tools, rotating spindles of tools, and so on.

Compressors have an extremely important role for production sites and are considered machines that function as the “heart of a manufacturing plant," since production at a manufacturing plant simply stops when the supply of compressed air is suspended. This is the reason having a properly established and sufficient service organization available for implementing compressors at the location of delivery is an important aspect.

Compressors are also known to consume a lot of electric power. Approximately 25% of all electric power used at entire manufacturing plants is said to be consumed by compressors, and in case of Japan, this is equivalent to about 5% of all electric power consumed in the entire nation. If we were to assume that compressors are used for ten years, the proportion of the life cycle cost accounted for by electricity cost would be as much as 80 to 90%. This suggests that implementing highly energy efficient compressors, and optimizing air systems that include dryers, filters and other related equipments as whole, lead to a reduction of manufacturing cost and ultimately, this is extremely important from perspective of making contributions to the decarbonization of society as well.

Applications of use for compressed air 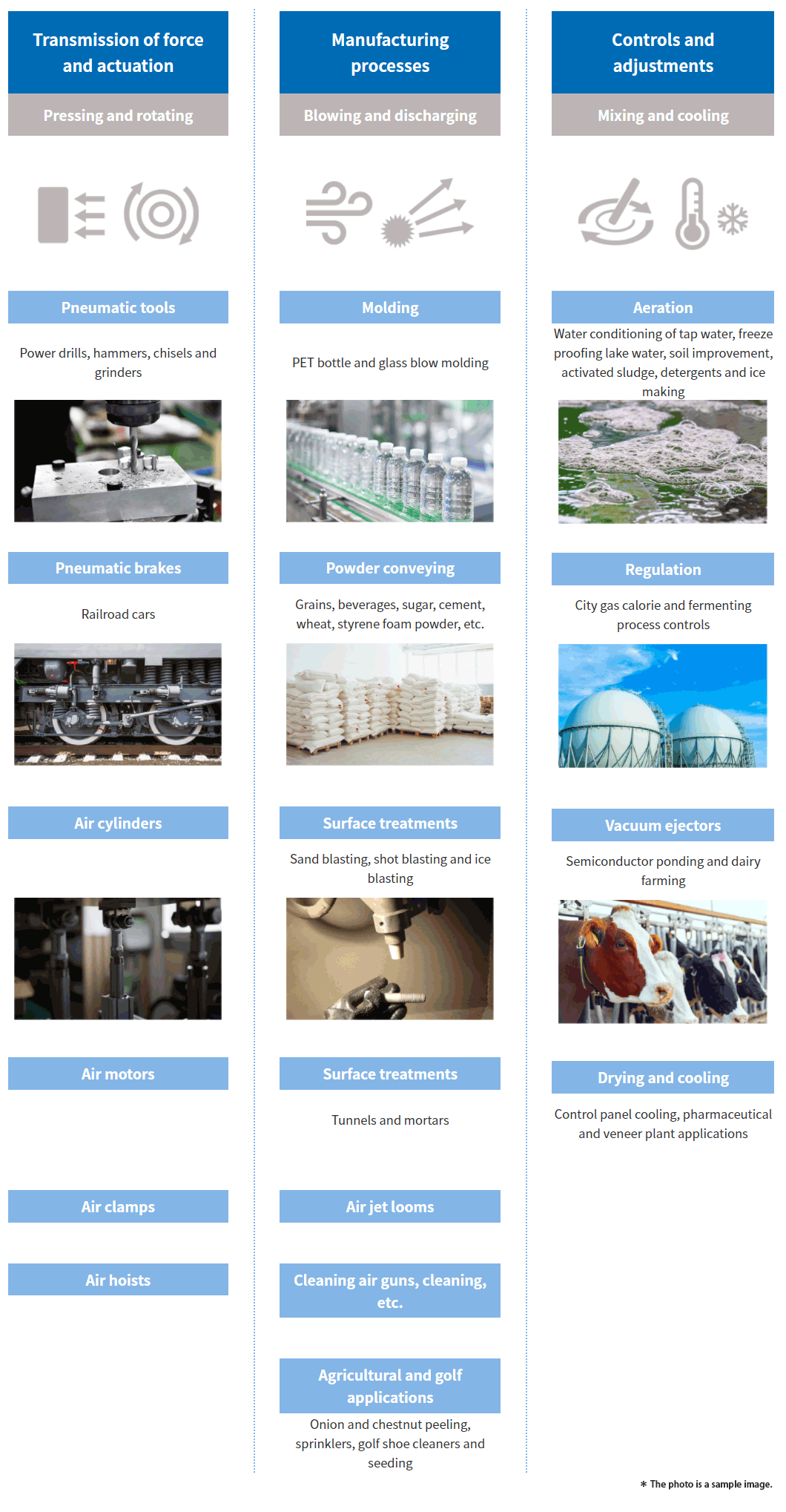 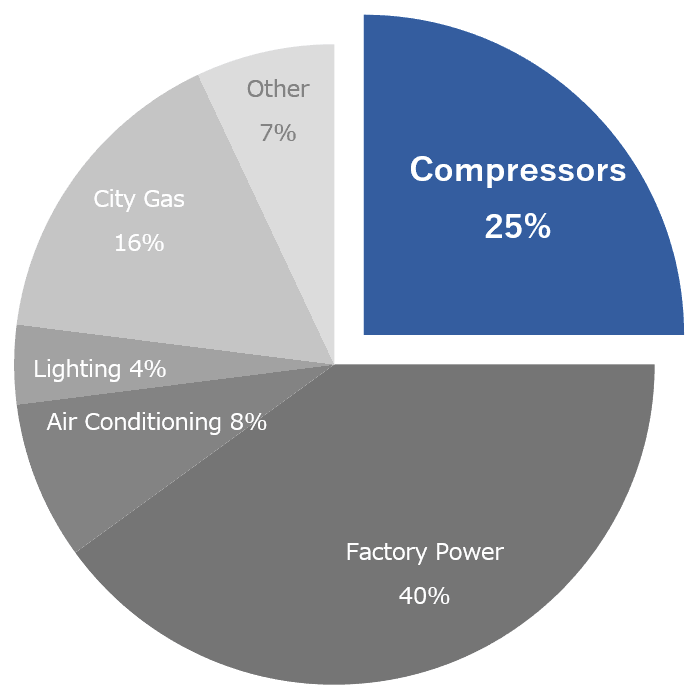