Uncompromising “craftsmanship”: What lies at the foundation?

The most important requirement for compressors is that they "do not stop". If a compressor cannot be used, then the operations of a manufacturing plant ceases. We consider this requirement of compressors that “do not stop" as the absolute condition, while we determine how the aspects of energy saving and reliability, as well as usability, can be enhanced. This is at the root of our compressor development and meeting these requirements is particularly difficult.

The "Kobelion" is a series of compressors with a thoroughly enhanced performance, through the consolidation of various functions required by our customers, into one piece of equipment. They of course “do not stop", however they are also delivered with functions with a high-end finish, including such features as saving energy, efficient air flow rates, maintenance, usability, durability, low noise and the like. 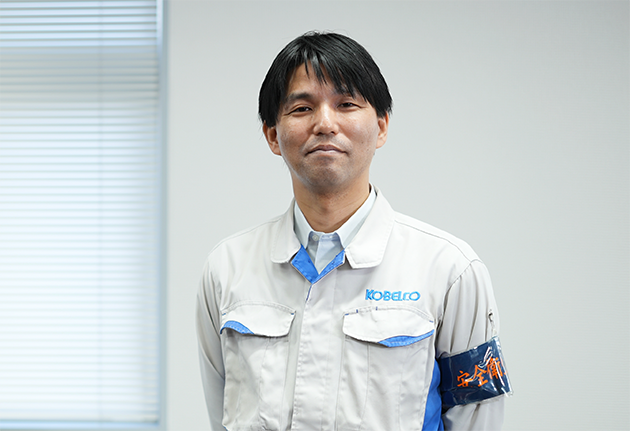 It is actually not difficult to improve a single function. Simultaneously enhancing various functions, however, makes the development work substantially complex and difficult. For instance, in order to inhance performance only, the screw that compresses the air can be enlarged. Doing so, however, requires bigger motor and increases the cost. There are innumerable such dilemmas and the process of development advances around a series of “improving this can make that fail".

Therefore, what can we do to enhance energy efficiency, cooling efficiency, maintenance, durability, costs and other such features, all without sacrificing any function? Untangling such dilemmas intertwined in a complex manner requires highly advanced know-how. In this aspect, Kobelco group has the advantage of manufacturing compressors since the 1910s and being involved with not just standard compressors but but also process gas(non-standard) compressors, which resulted in an immense accumulation of know-how within the group company.

Such broad and deep knowledge is at the core of our foundation, which when added with new concepts and ideas, makes it possible for us to resolve technical issues at a higher level. The “Kobelion" series and all other compressors we are involved with integrate such knowledge and technologies that are available only at Kobelco, at every turn.

For example, the “screw" for compressing air is a component with which we can thoroughly exhibit our technological strength. Two screws and the casing that covers them have a gap that is only tens of microns wide. Such a precision component must operate in a stable manner even under high rotating speeds and in a high temperature, without distorting or shifting, and accomplishing this requires an extremely sophisticated level of technologies. Product commercialization cannot be realized no matter how elaborate a design is, if it cannot be mass produced. Kobelco has sophisticated technologies and proprietary know-how in such aspects in abundance as well.

Our spirit is inherited in succession.

The current model of “Kobelion" is the fourth generation of the series, since the initial introduction of the product series in 2002. Because the series was developed as a global model, it is a product of significant evolution, particularly with such features as “durability", along with improvements to the respective functions. In order to enable continuous operation of the product in an environment at 50°C, we developed oil-cooled motors and significantly reviewed the equipment layout to efficiently exhaust hot air inside the chassis, while implementing improvements and modifications in very fundamental aspects.

The process of development was indeed stringent, although now we can look back and smile about it. Each time something like this happened, we looked at a variety of elements for review, for instance when we improved ventilation the noise leaks deteriorated, and we experienced numerous dilemmas to address.  Through all this, however, we were able to significantly evolve the series from our third-generation model to create a compressor that could be used with peace of mind, even under harsh operating environments.

Development is a process that involves the repetition of trial and error. The option to “compromise", however, is fundamentally something we do not employ. For instance, with the aspect of temperature, it is senseless to settle with a product “OK up to 49°C", as long as we are aware of customers who actually use such products at the temperature of 50°C. The same can be said about other functions as well. As long as a customer requires a particular performance feature, compromising on that makes no sense. As long as a customer requires such a feature, achieving that somehow is our role and we continue to take on challenges, while never compromising. This stance is universal to all aspects of our “craftsmanship" for Kobelco compressors, whether in development or production. 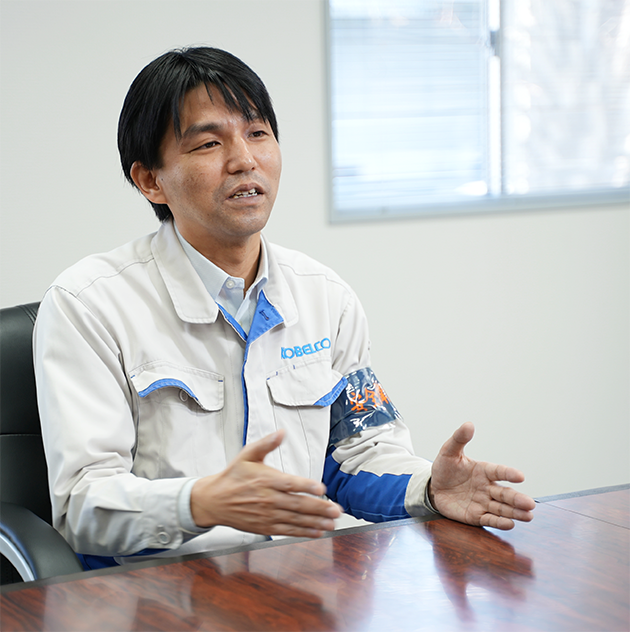